By Steve on November 4, 2014 in Classical Oriental Medicine 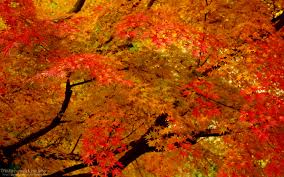 In Japan, autumn was one of my favourite seasons. I used to take a train up to the mountains to see the colour changes in the trees. It was always different every year as the vibrant colours depend on how hot and humid the summer was. If it was very hot, then there would be a higher sugar content in the leaves which would effect how the colours would be expressed -making them appear more vivid as the sap slowly draws into the core of the tree.

Adapting to seasonal changes is very important health wise. These days we tend not follow the seasons, at least not much here in Europe. Autumn isn’t so vivid here on the coast either. Last weekend I was up in the mountains in Montseny and it hadn’t quite changed yet, but I’m sure in a couple of weeks it will be worth another visit.

Autumn in Oriental medicine is related to the lung organ. It’s usually why I see a lot of coughs or skin rashes in clinic these days, more so if people indulged in the summer months eating inappropriately out of summer season.   Another aspect is that the Lung “ physical” organ is related to the astringent autumn season and the lung “ energetic” meridian is related to the radiating spicy flavour. We call this a yin yang relationship.

Classically the lungs are affected by “cold”.  I generally always suggest that its good to have warmer drinks this time of year and avoid too many cold salads or raw juices. I will also show the path that the liquid goes as it moves down the trachea passing both lungs and entering the stomach and intestines. Warmer drinks are good because it follows the energetic nature of the lung meridian activating the skin and warming the stomach to improve radiation.  Alcohol also has a pungent spicy nature and definitely effects the lung energy. It is very warming for the body! Try taking a small class of strong alcohol and tell me that you don’t feel your lungs or chest / skin warming up? (You shouldn’t do this if you have a chesty cough with lots of mucus but it can be good just at the beginning stages when you start to have a runny nose).

When symptoms get worse during a particular season, this is also a good indicator for me what is going on and can help me fine tune the advise that I give regarding diet or lifestyle. The other day I had a patient visit me who has had very painful arms for the last few years and has had to stop working (he’s a chef). The location of the pain was along the lung meridian and was extremely tender. I checked his pulse ( in the lung position ) and could feel a lot of heat there. He also told me that he had a history of nasty bronchial problems and also in the past went fairly heavy on the booze (as any good chef should do, I told him). These were the main symptoms but there was also other stuff going on too which included lower back pain. So, now, having read the above you can probably understand what is going on with this fellow and that largely the problem was caused by overwork and drinking.

The flavor connected with the lung meridian is spicy, so it’s always good to add mild spices at this time of year. The spicy flavor is great as it also activates the digestion a bit too. Actually, the lungs and intestines are considered a single unit. It’s not good to have too many dairy foods or salads if you have a cough or cold. The reason is that it’s quite hard to digest these kinds of foods and the “energy “is better spent elsewhere. I asked the above patient to add a bit of mild spice to his diet to help push the heat out of the lung meridian. He clearly understood this and added a bit of black pepper to his food and drank the occasional ginger tea. He said it helped and his digestion was less sluggish and eventually, he gained strength in his arms / lower back and was able to return to work.

I hope you enjoy your autumn. 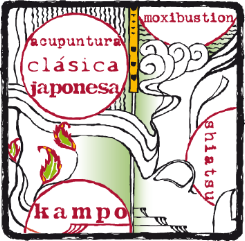